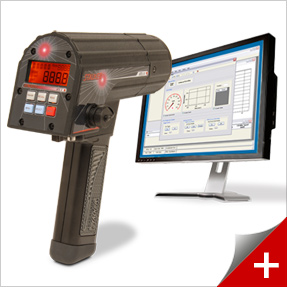 The Stalker ATS II provides a detailed picture of the dynamics of acceleration. It is the ultimate tool for racers and manufacturers to test and tune products for maximum performance.

The original STATS is used by nearly every major magazine and vehicle manufacturer for acceleration and braking tests. The performance measurements you see published are most likely performed with STATS. Now you can own the next generation STATS II.

Next-Generation Radar
Based on the Stalker Pro II next-generation sports radar, the ATS II is smaller and lighter than the original ATS radar. With a 1 - 890 mph speed range, it’s capable of clocking balls at up to 500 feet and automobiles up to 1 3/4 miles.

Data Transferred to Computer
To process and analyze the speed and acceleration data, the ATS II is first connected to a computer running the Stalker STATS II software. The data is transferred and saved as a file on the computer’s hard drive. Since speed, time, distance, and acceleration (or deceleration) are mathematically related, having any two of these measurements mean the other components can be derived with absolute accuracy.

Use the ATS II Anywhere
The ATS II gun is waterproof in up to two feet of water so you can use it anywhere - on the lake or ocean, on snow, on straight roads, in your car, or in your backyard. Just position the ATS II behind (or ahead of) the test vehicle. You can even place the radar inside the test vehicle and take speed readings from the terrain. There is nothing to attach to the vehicle to change its aerodynamics or weight.

Simply connect the ATS II to your computer running STATS II and download the trial data. Software analysis is simple and automated.